What is the Difference between Hardwood and Softwood?

To All Our Valued Customers, Over the past few years, the Covid 19 Pandemic has forced us to adapt and change the way we do things on a day-to-day basis. Florida Lumber is no exception. To make sure that we remain strong and competitive in the market for the years to come, Florida Lumber has had to adjust and change our vision for the future. In the last 2 years, we have stopped selling Sheetrock and drywall products, roofing felt and roofing materials, and have even closed on Saturdays.

Over the last few months, we have been transitioning our way out of the door supply business so on August 31, 2022, our door shop will stop assembling doors. We will continue liquidating our doors from inventory until we are out of material.

Some customers have asked if we are closing or even moving locations. To set the story straight, we are not closing or selling the business and we are not moving. These changes are all part of our new vision and path to continue serving South Florida and increasing our footprint in the construction supply industry.

Our focus is going to be on Lumber, Construction Materials, Rebar Fabrication and Rebar Accessories. As we have liquidated some of the items that we don’t sell anymore we have created more space to buy a larger volume of our core items and pass on the savings to our customers.

In the next year you will start seeing changes that will help improve our ability to serve you, our customers. We appreciate your business and your patience as Florida Lumber’s new vision becomes reality. 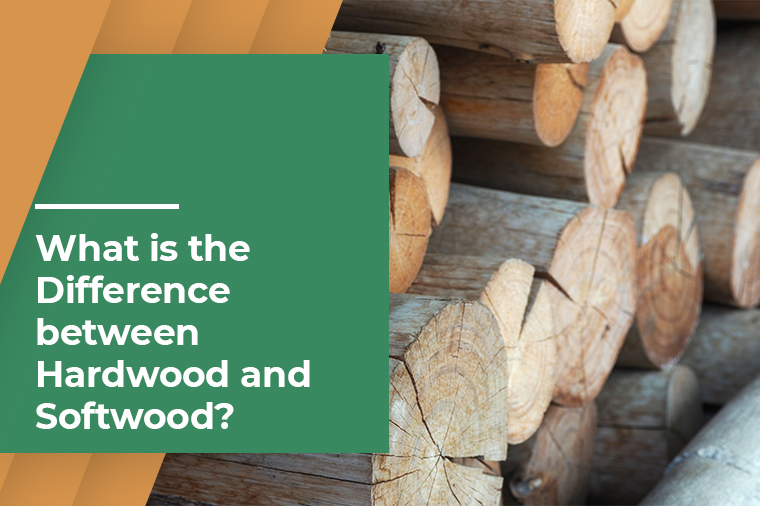 Different types of lumber are required for various types of construction projects. Wood is classified as either a hardwood or a softwood based on its physical structure and content. Therefore, it is unduly simplistic to think of hardwoods as hard and sturdy compared to soft and workable softwoods. It is typically true, although there are exceptions, such as wood from yew trees, a reasonably hard softwood, and wood from balsa trees, a hardwood that is softer than softwoods. Hardwood and softwood can both be utilized for structural and decorative purposes. So, how do they differ from one another? This article will assist you in answering this question.

Hardwood is wood derived from angiosperms (flowering plants) like evergreen trees with broad leaves and deciduous trees that drop their leaves annually. Angiosperm seeds are encased in the ovary, eventually developing into fruit. They often grow at a much slower rate and are much more significant. Black ironwood is considered one of the toughest woods known to man.

Hardwood trees have xylem, which contains vessels that transfer or transmit water throughout the internal parts of the tree. The xylem vessels' cell walls are lined with the tough substance lignin, which is responsible for the tree's hardness. Hardwoods have the advantage of being more long-lasting than softwoods. Willow, maple, sassafras, olive grove, walnut, cherry, ash, alder, birch, cottonwood, elm, and other hardwood tree species are abundant in Europe and the United States.

Softwood is wood derived from gymnosperms such as pines, larches, and spruces. These plants generate naked seeds, meaning their seeds are not protected by an ovary or any other protective coating. These trees have needle-shaped leaves and grow more quickly than hardwood trees. Softwood accounts for more than 70% of all timber production, making it four times more prevalent than hardwood.

Because softwood is less expensive than hardwood, it is occasionally used as an alternative. It is also lightweight and simpler to cut into planks of various forms. Softwood is generally light in color, has a less noticeable grain, and is quite knotty. The knots are circular and formed by the trunk's branches.

WHAT IS THE DIFFERENCE BETWEEN TIMBER AND LUMBER

Hardwoods and softwoods are differentiated by the tree from which they are derived. Hardwoods are descended from angiosperm trees, usually deciduous, with large leaves that shed every autumn. Softwoods are derived from gymnosperm trees, such as conifers. It has needles that stay green all year. Because hardwood trees develop more slowly than softwood trees, the timber they produce is typically denser and more robust.

Hardwoods are more solid and long-lasting than softwoods. It is due to its slower growth rate and more complex, compacted structure, which leads to a higher harvested timber density. Higher density, in general, equals greater strength and durability. Despite the general rule, some exceptions exist, such as the Yew tree having more thickness than American Cherish. However, the Yew tree is classified as softwood, while American Cherish is classified as hardwood.

Hardwoods typically perform much better when weather exposure and have improved fire resistance due to their more complicated, compact structure. Softwoods intended to withstand the outdoors, such as garden furniture, are typically treated or 'tanalized' to improve their exterior performance. If left untreated, hardwood and softwoods will deteriorate to a silvery-grey color. However, there are several inherently durable softwoods. When exposed to the weather, Western Red Cedar can perform admirably – even without treatment. Other common commercial softwoods, like Siberian Larch, are relatively durable, withstanding most weather conditions and a few bangs and bumps along the way.

Softwoods are less expensive and less challenging to work with than hardwoods. As a result, they account for the vast majority of all wood consumed around the globe, accounting for over 80% of all timber. Softwoods are used in various products, including construction components (such as windows and doors), furnishings, moderate fiberboard (MDF), paper, Christmas trees, etc. Pines are one of the most popular softwoods.

Though hardwoods are frequently more expensive and more challenging to work with, the fact that most – but not all – are denser means that many hardwoods will endure longer than softwoods. As a result, hardwoods are much more likely to be utilized in high-quality furnishings, decks, flooring, and long-lasting construction.

Softwoods are usually much cheaper than hardwoods since they grow faster, are easier to get, and hence more abundant. On the other hand, the cost of any given hardwood or softwood depends entirely on the material and type chosen and, of course, the quantity required. Western Red Cedar is a species of softwood that is particularly desirable for specific applications due to its beauty and durability. As a result, these may command a higher premium than their hardwood counterparts!

Hardwoods, in general, are more challenging and time-consuming to machine and deal with. They also do not usually accept finishes, paints, other treatments, or softwoods. Working with higher-density timbers necessitates the use of more sophisticated tools.

Both hardwood and softwood absorb CO2 and are entirely renewable, although softwood is typically the more environmentally beneficial alternative. It is simply because these trees grow much faster than hardwood equivalents, allowing for faster replenishment. However, by buying hardwoods from sustainably managed forests, you may rest confident that hardwoods can also be very nice to our earth. Consuming wood from sustainably managed forests benefits the environment since the growing of new trees consumes damaging greenhouse gases in the atmosphere.

There is little difference in maintenance between hard and softwoods. Both varieties will certainly require refurbishment, sanding, and refinishing, and maintaining the natural gloss requires a regular but light cleaning routine. Although softwood flooring, particularly those made of pine, can be reasonably durable, they are nevertheless more susceptible to scratching and dents than most hardwood floors.

Consider what you want to achieve in the short and long term while selecting the proper hardwood or softwood timber for the work. Both forms of wood have great construction benefits in a variety of applications. Though hardwoods are frequently more expensive and often more challenging to work with, they have the advantage of being denser, which means they will endure longer than softwoods.

Find more information on our website by Clicking here.